Mr. Narendra Modi, the 16th and current Prime Minister of India, is a renowned personality, not just in India, but around the world. This formed tea-seller has won hearts all around the globe and has been declared as Facebook’s most popular world leader. He has won two consecutive terms, 2014-2019 and 2019-2024, with a full majority. Regardless of a person’s opinion about his political views, everyone can agree that Narendra Modi has an admirable personality. As the saying goes, “you can either love him or hate him, but you can’t ignore him.” 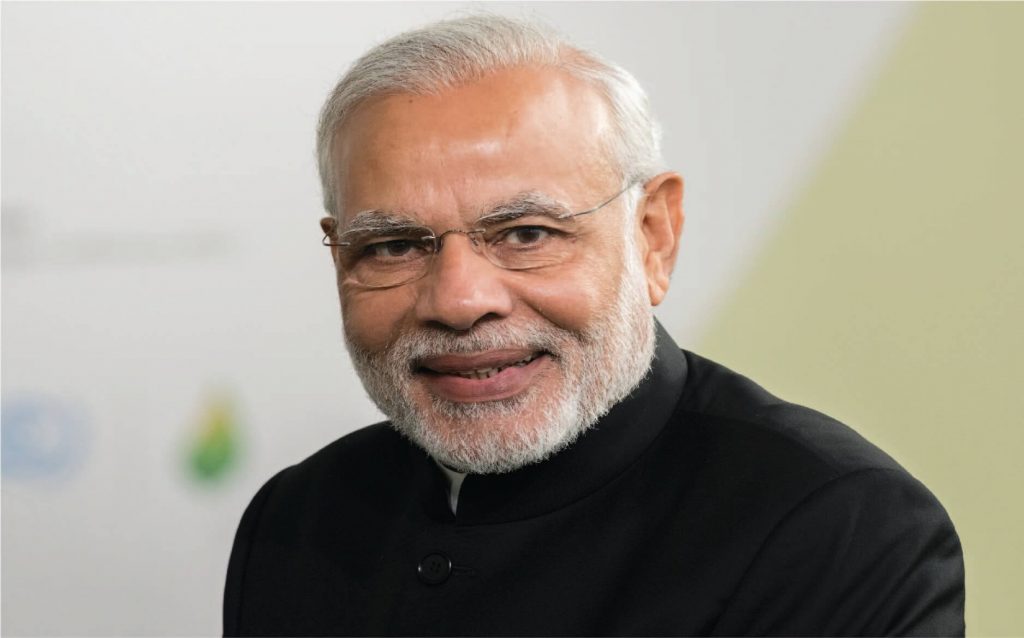 Narendra Modi depicts a lot of talents, skills, and personality traits that are highly useful for entrepreneurs to drive their businesses to success. In this article, we have covered six such lessons you can learn from Narendra Modi that can help you grow into a phenomenal leader.

1) Oratorical Skills That Can Mesmerize Anyone

One common trait that can be found in any great leader is their oratorical skills. If you want to lead people, you need to convince them that you know where worthy. There’s no better way to achieve that than through the power of words. Our Prime Minister is no different. Narendra Modi has a way with the crowd; he can capture anyone’s attention solely with his words, regardless of your political views. Besides having a hint of authority and bass in his voice, he uses a few tactics to keep the crowd’s attention on him. Mentioned below are a few:

a) Using The Native Language

While rallying across the country, Narendra Modi will use the native language of the place he’s visiting. For example, if he’s giving a speech in Maharashtra, he will address the crowd in Marathi. This tactic is helpful in two ways. First, people can easily understand what he is saying and connect with his words. The second is that he earns the respect of the audience as he has taken efforts to connect with them. As an entrepreneur, this is very useful while communicating with your clients and resources. With both, it’s essential to build a bond and earn their respect.

b) Include The Audience

If you keenly listen to Mr. Modi’s speeches, he will never speak of himself. All of his speeches are about ‘us’ or ‘you’ or ‘we.’ Through his words, he makes the audience feel important. To quote one of his famous speeches, “Yeh jeet Modi ki jeet nahi hai, yeh jeet sava so crore desh wasiyon ki jeet hai.” Loosely translated, this means that this victory doesn’t belong to Modi; instead, it is the victory of the 130 crore residents of India. This encourages the audience and compels them to cheer, regardless if they voted for Modi or not. This is great advice for an entrepreneur. While motivating your resources, it’s great to make them feel that the company is theirs as well and that all you are family. This will encourage them to work harder to ensure the company advances.

India is a digital country, with more than half of the population owning a smartphone that connects them online. Moreover, most of the eligible voters are young individuals who follow trends. To capture their attention, Modi makes use of viral and recent topics to connect with his audience. For example, he referenced the popular game ‘PUBG’ in one of his speeches and started another speech with ‘how’s the josh?’ a famous dialogue from a popular Hindi movie. Entrepreneurs too should use trending topics to connect with their resources and clients.

Recently, Narendra Modi asked people to give more importance to reading positive news instead of dwelling on negative ones. He urged Indians to make ‘positivity viral’. To quote him, while addressing an audience in 2018, he said, “Spreading negativity is fairly easy. But some really good work is being done around us, in our society. And all this has been possible through the collective efforts of a 130 crore countrymen.” Moreover, regardless of the outcome, Modi always stays calm and positive. For example, after ISRO’s mission to Chandrayaan failed, he thanked the scientists for the efforts and renewed hope across the country that things will get better.

As an entrepreneur, failure is inevitable, however big or small. If you lose hope every time you fail, not only will your employees lose faith in you, you will eventually lose faith in success as well. Instead, take a chapter from Narendra Modi’s life and spread positivity and faith, even in the face of failure.

3) Self-Discipline Gets The Work Done

4) Fitness Makes Your Ready For Every Challenge

From multiple foreign trips to attending a host of rallies across the country, there’s no doubt that Narendra Modi is a busy man. But, how does he stay so active despite being at the brink of turning 70-years-old? The answer is simple; Modi respects fitness. Age is just a number as long as you lead a fit and healthy lifestyle, and our Prime Minister is living proof of that. He is a big yoga devotee, and regardless of his busy schedule, he always makes time to begin his day with Surya Namaskar. Your physique says a lot about you before you even speak. Moreover, a fit individual radiates positivity that leaves a strong impression on everyone. Therefore to develop an impressive personality, we should learn this skill from Mr. Naredra Modi.

For a man who is always well-dressed and well-maintained, and who is the most important man in India, you would expect him to lead a flamboyant lifestyle. But, that’s far from the truth. Coming from humble beginnings, Modi believes in keeping it simple. One of his most famous ideologies is living a simple life, with high ideals. This is an excellent way of living for an entrepreneur. By focusing on only the essentials and leading a minimalistic business, you can get more work done at a lesser cost.

6) Time Is The Most Precious Thing, Value It

Time management is probably one of the most stressed upon tips that any entrepreneur has ever received. After all, aren’t we all seeking more time, and when have 24 hours ever been enough? Well, not Mr. Narendra Modi. Probably one of the busiest man alive, Modi is a great time manager. His daily routine includes waking up at 5 AM and sleeping at sharp 12 AM, between which he has a set routine for every day that he determines the previous day. Before he sleeps, he takes some time out to analyze the activities he conducted during the day and identifies places where he could have saved some time. Time is money, and Modi surely knows it. As an entrepreneur who is probably always short on time and money, you should know it too!

Today, NaMo has become a brand that resonates with all the skills and beliefs of Mr. Narendra Modi. All of this is possible only due to his strong leadership skills. So, if you want to make a name for yourself as well, live by the rulebook of our Prime Minister!

Also Read – Scope and Present Scenario of Entrepreneurship In India 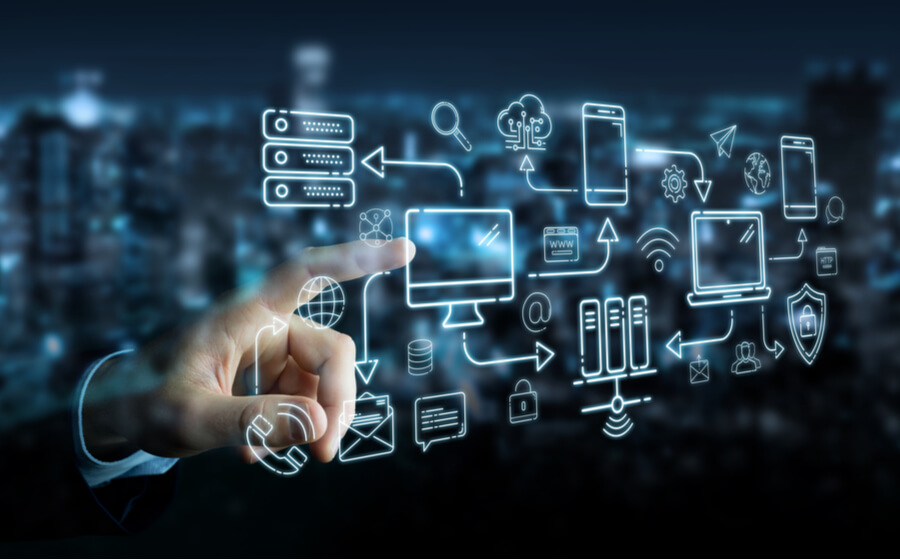 How Digital Technology is a Must-Have Asset  ! 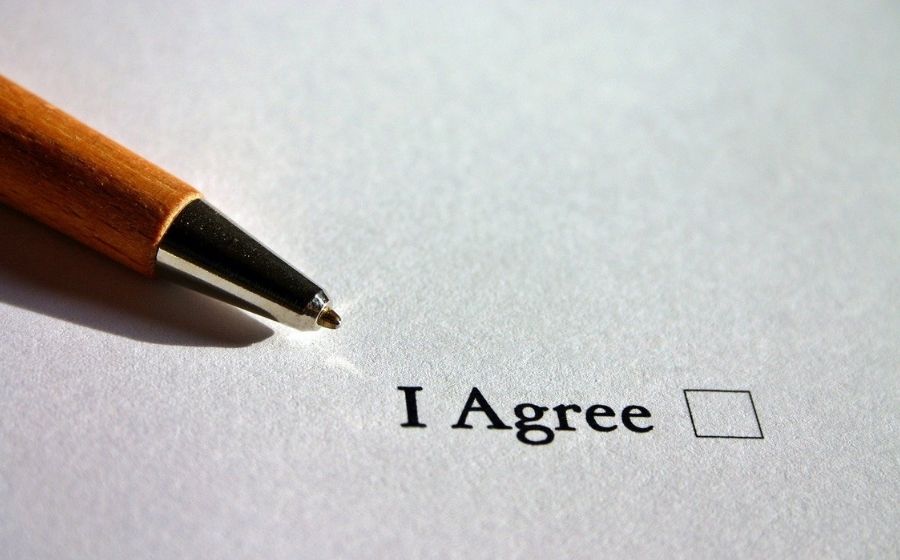 Why Loan Companies Ask for Your Bank Details and How You Can Ensure Its Safety? 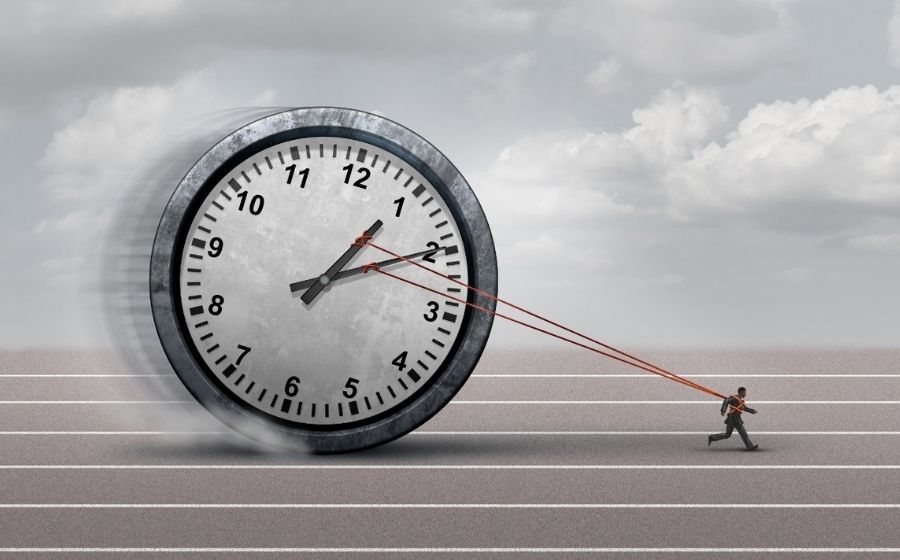 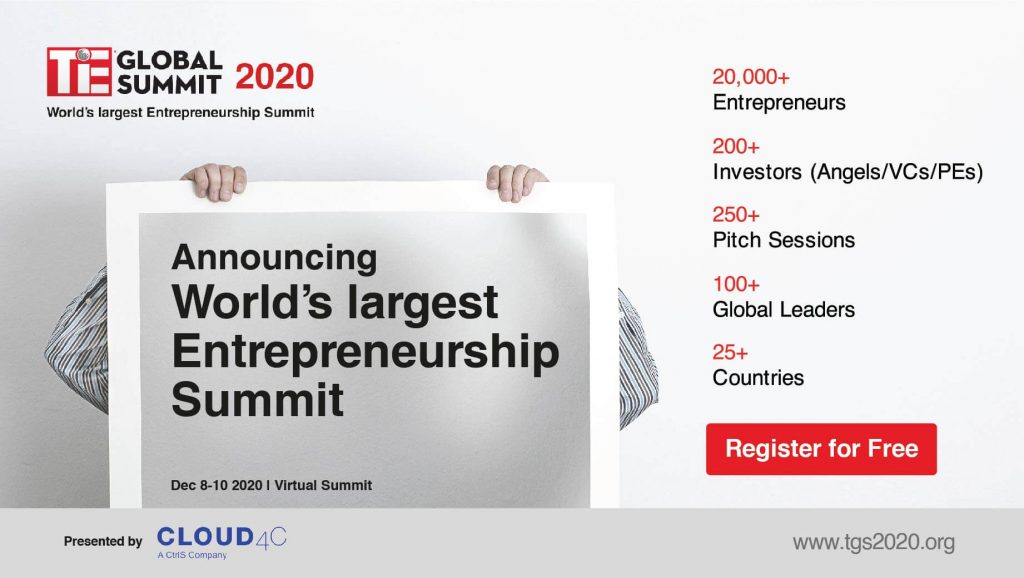 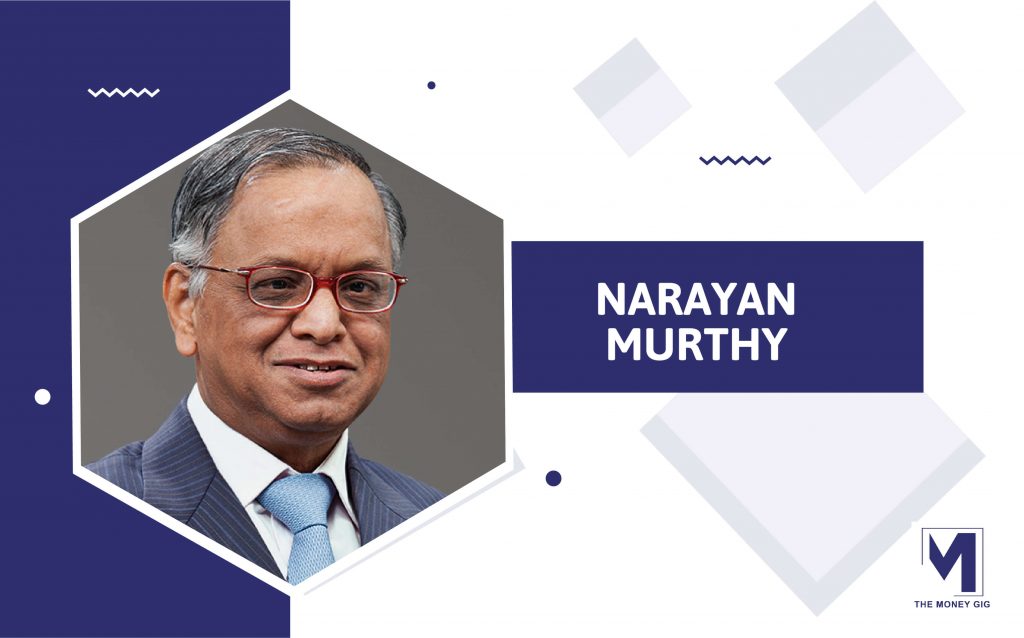 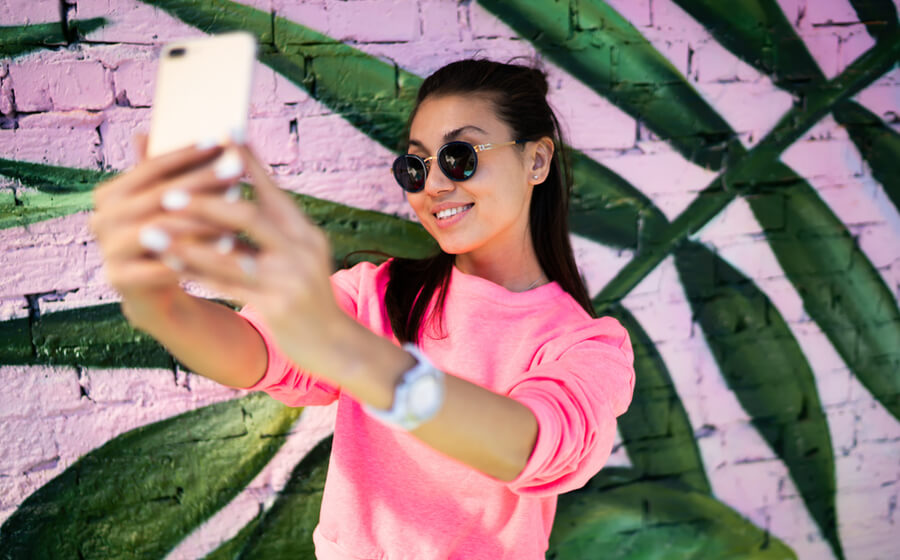 Bengaluru: The Rise of Silicon Valley in India 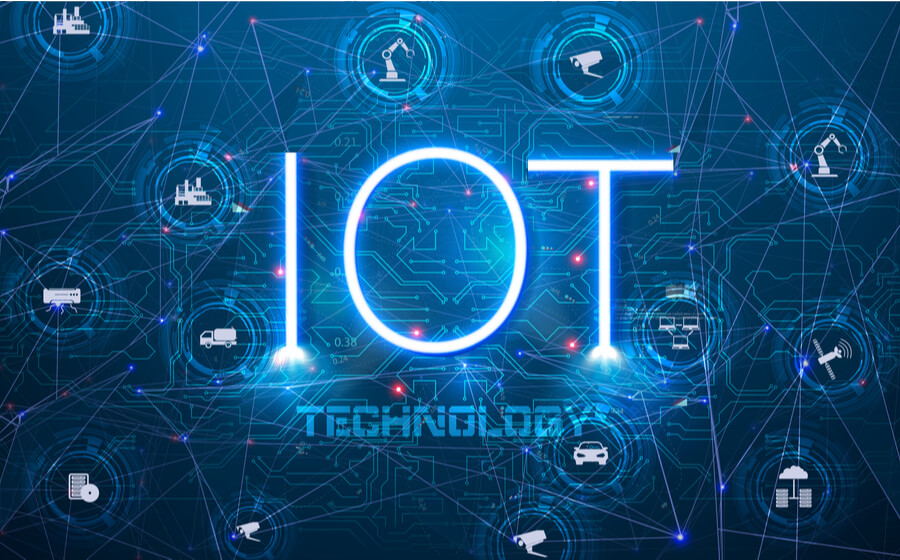 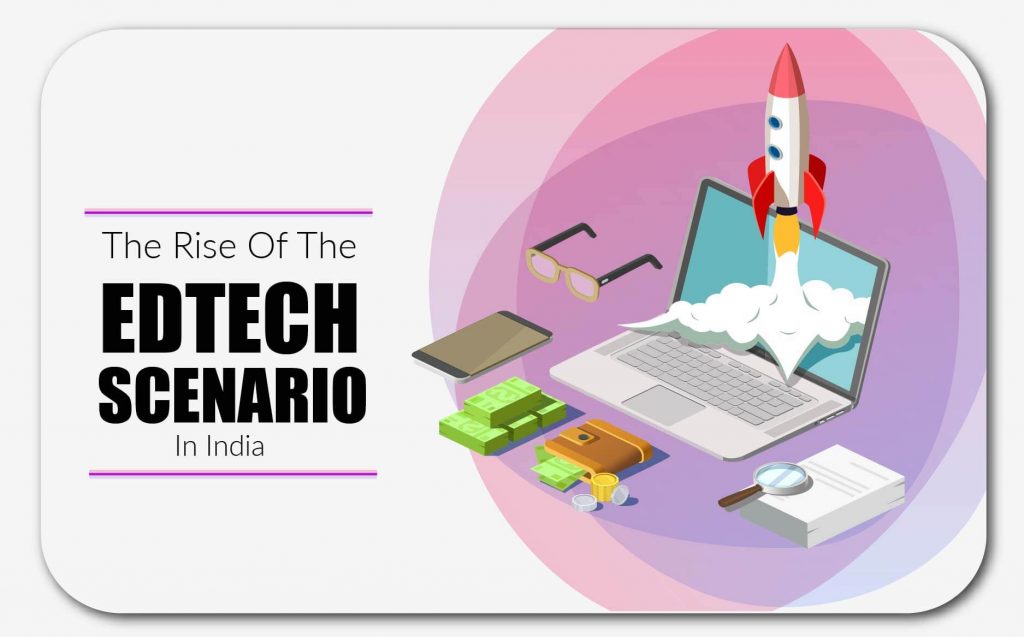 The Rise of The Online Education & EdTech Scenario in India